In 1988 I was a minister in a medium sized church in Iowa. Every early September there was a rodeo parade and a rodeo in town, even to the present. The medium sized church is important because the church was one of the oldest in town and was one of four on the town square. I was already a marked man because in this red-neck town I was one of two pastors that comprised the Jesse Jackson Campaign for President Committee Chairpersons. (Does this platform sound familiar?) Above is the picture of my two children and the other pastor’s child riding in the Jesse Jackson for President campaign car for the Rodeo Parade. 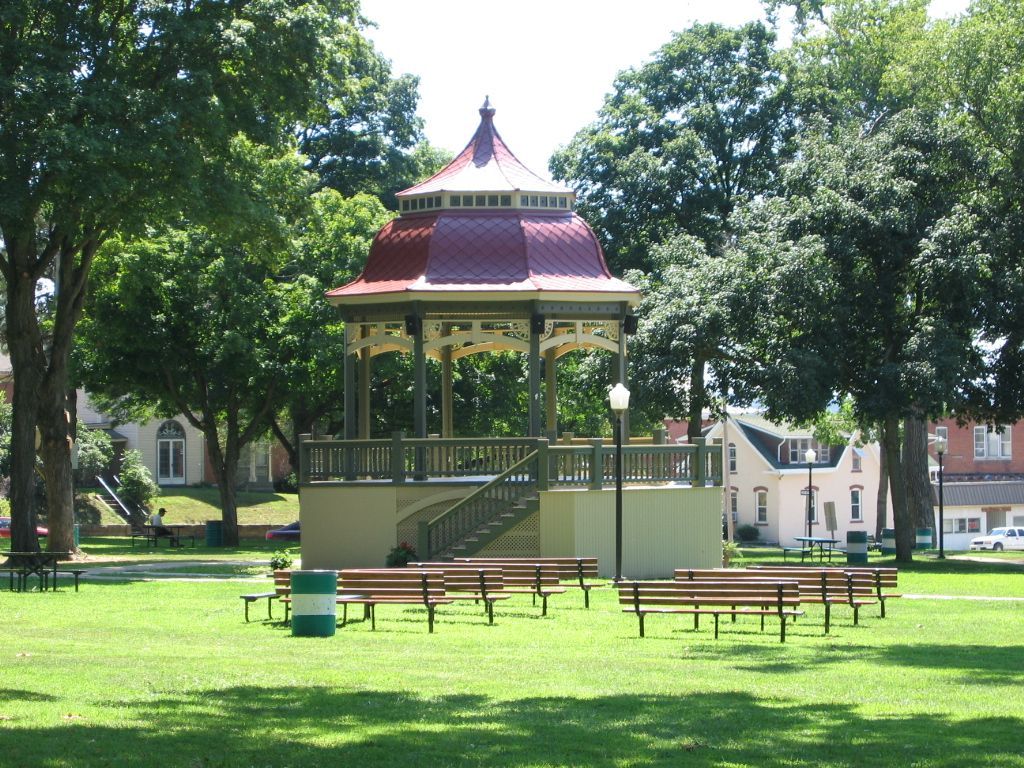 The town square park had a gazebo in it (above — idyllic, isn’t it?) where each week in the summer a band would play right across the street from the front door of the church while the townspeople mingled and, a few brave souls, danced. So, we were referred to as the big 4 churches in town. The Methodist pastor, the United Church of Christ pastor, and the Roman Catholic priest were the other three pastors around the gazebo. All of this to say that once every four years it came around to me, as one of the big 4, to pray at the outset of the rodeo.

Not only was I Jesse Jackson’s co-chair but I was also categorically against rodeos. I simply was not made for this little town in Iowa, don’t you think? As the honorary praying pastor at this rodeo, I decided to pray in protest. I felt a little guilty about this not because my conscience ran contrary to virtually every thing to do with a rodeo but because they gave me a really nice belt with my name embossed on it and a great big rodeo buckle. (I frequently spoke and prayed for liberal causes in town. This was before it was considered bad form to speak on social topics from the pulpit.)

Anyway, I prayed for the animals, especially the poor little calves that ran full blast out into the arena only to have a rope thrown around their little necks and brought to an abrupt halt as the cowboy and horse came to a sudden stop. Not only that but then the poor creature had all four legs tied together in record breaking time. I prayed for the bucking broncos and the bulls that were trained to throw whoever was stupid enough to get on their backs to ride for a certain given amount of time. I prayed for the cowboys who were unfortunate enough not to have any other means to make a living and who frequently broke limbs and ribs and, sometimes, necks.

I suspect this sentiment will turn off a bunch of readers and potential followers.

Needless to say, I was not asked back to pray at the rodeo again!

This site uses Akismet to reduce spam. Learn how your comment data is processed.